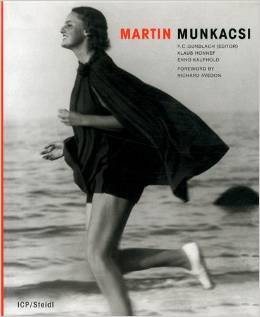 The great fashion photographer Martin Munkacsi was born in Hungary in 1896, spent the 20s and 30s in Berlin, and immigrated to New York City in 1934. For many years the best paid photographer of his time and a profound influence on photographers like Richard Avedon, his work was out of fashion at the time of his death in 1963. Recently, Munkacsi has emerged from history as one of the most significant talents of the twentieth century, having shaped the beginnings of modern photojournalism, set in motion a previously static medium and combined fact-finding accuracy with a highly formal aesthetic standard. Munkacsi was an outstanding representative of the 'Neues Sehen' (New Way of Seeing), certainly photography's weightiest contribution to advanced art. His fashion and sports photography were both groundbreaking and unmatched. Up until now, however, all this work has been scattered throughout the world, and much of it has been lost, although the Ullstein Archive in Berlin maintains an extensive collection of Munkacsi's work from Hungary and Germany. Martin Munkacsi gathers and assembles this mid-century master's images as never before. It contains pictures from each of his artistic phases and several photographs and reports that haven't been seen since their initial magazine publications. A major collection featuring 318 tritones, it offers a valuable glimpse of photography's tense, technology-obsessed, glamorous and contradictory beginnings.